The Temporary Autoimmune Issues that You Might Fail Understanding Correctly

A temporary autoimmune issue could visit you so vaguely that you might not be sure about. Basically, Autoimmune Disorders are the new fad for the medical science to study on and research into. You may be aware of Major chronic autoimmune issues but, there temporary in kind too. I had a hands on experience in my family which could be enlightening upon you.

Yesterday evening, when my hubby was back from office, looked normal, behaved regular. I couldn’t even guess that a few hours down the line, he was going to develop some strange health conditions. A condition that would make him feel bloated stomach with no urge of vomiting and a reluctance to turn sides while sleeping. This altogether came along with mild fever. He felt uneasy for entire night and dropped his office next morning with a message to his boss. 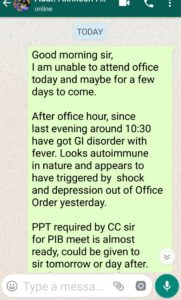 How Could Temporary Autoimmune Issue Arise?

There could be many circumstances which might lead to the temporary autoimmune issue. I tried ascertaining few of them as below.

‘Runway immune response’ triggered by sudden shock, stress or depression, contact with dirt and allergen can cause temporary autoimmune issues. Scientists discovered “runaway train” reaction in 2017 after experiments on Mice. In this reaction AN error leads the body to develop certain efficient way of attacking itself. The research was focused about the consequence when “B-cells go awry”. Normally, these cells produce antibodies and program the immune system to attack foreign substances. Scientists however observed an ‘override switch’ in B cells of mice could distort the normal behaviour of immune system and caused autoimmune attacks. When immune ecosystem disturbed by certain factors, the body loses tolerance for its own tissues and “runaway train” reaction ( a chain reaction) occurs.

Basically, your immune system have a full-time job chasing the antigens, pathogens, bacteria or virus. But, some time it’s unemployed- all dressed up with nowhere to go. This may be the moment, when  you are free of some some disease/disorder after a treatment. So, where would they go?  They are left with nothing else but to attack and defend patient’s own tissue post withdrawal of medicines. Biologically, it takes a while for the immune system to settle down and locate its new balance where less is required of it. It is like its new thermostat setting. You can expect improvement once different chemical/biological compositions inside body are established.

Understanding Temporary Autoimmune Issue Could be Easy With Work of Experts

I have read Dr. Hyman’s work found them extremely helpful in understanding the problem and getting rid of. Hyman’s work is paraphrased as under:

Your immune system is your defense against invaders. It is your internal army and has to clearly distinguish friend from foe — to know you from others. Autoimmunity occurs when your immune system gets confused and your own tissues get caught in friendly cross-fire. Hyman recognizes molecular mimicry as reason of immune confusion leading to friendly crossfires.

Your body is fighting something — an infection, a toxin, an allergen, a food or the stress response — and somehow it redirects its hostile attack on your joints, your brain, your thyroid, your gut, your skin, or sometimes your whole body.

Autoimmune diseases include rheumatoid arthritis, lupus, multiple sclerosis, psoriasis, celiac disease, thyroid disease, and the many other hard-to-classify syndromes in the 21st century. Asthma and Allergic conditions too have complex relations with autoimmunity.

These all autoimmune conditions at their root they are connected by one central biochemical process: A runaway immune response also known as systemic inflammation.

Interestingly, autoimmune disorders occur almost exclusively in developed countries. People grown up on a farm with lots of animals have less likely to have any of these inflammatory disorders. Playing in the dirt, being dirty, and being exposed to bugs and infections trains your immune system to recognize what is foreign and what is “you.”

Conventional Anti-inflammatory drugs like Advil, steroids, immune suppressants like methotrexate, and the new TNF-alpha blockers like Enbrel or Remicade can lead to intestinal bleeding, kidney failure, depression, psychosis, osteoporosis, muscle loss, and diabetes, not to mention overwhelming infection and cancer.  Off course, they could play a bridge to cool off inflammation while you treat the root cause of the disease. 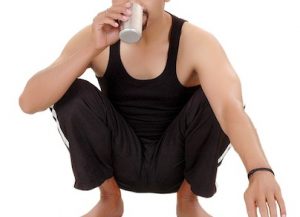 Cleansing Intestines through Shankha Prakshalana- How to Clean Your Intestines Naturally

“Go clean your Intestines naturally, if you want to get rid of your abdominal worries forever”. This is what my life mate told me a weeks back one fine morning when I didn’t put up Read more…